Originally published in the May 2021 issue of Lakeside Living. Click here for the magazine issue.

I used to think, “If you’ve seen one old Alabama town, you’ve seen them all.” How wrong I was. It’s easy to breeze through the wide thoroughfare of Cogswell Avenue in Pell City, noting this historic town as simply the “Gateway to Logan Martin.” But Pell City is living proof that every town has a story to tell.

On a cloudy Saturday morning, with bees softly bumbling about the historical markers that flank the building, I walked up the steps of City Hall to participate in the Heart of Pell City Historic Walking Tour held every Saturday in April for the past six years.

It’s not the original City Hall building or location; much is not what it once was here, but the town’s tenacity and pride in its people remain solidly intact.

Pell City has risen from its ashes, again and again.

It’s fitting that the first sound I hear at the beginning of the tour is the haunting call of a train––the sound that 29-year-old Sumter Cogswell probably heard when he missed his train in 1890 and inadvertently found a place that he would one day call home. Born in the 1800s from the intersection of three railroad lines, Pell City is a living reminder that life is built on the moments we often don’t plan. Sumter may have missed the train, but he didn’t miss an opportunity.

He convinced investors to buy the 400-acre town for $50,000. Even after the Panic of 1893, when all hope seemed lost and the primary tenants of the Maxwell building were goats, the practically abandoned town was saved once more by Sumter Cogswell and his wife Lydia for the low price of $3,000. Cogswell’s tenacity to keep the town alive was the spark that finally put Pell City on the map as a hub for economic growth.

After the village of Avondale Mills sprung up and the population grew, so did the need for medical care and schools. A town’s vitality hinges on the health of its people, but a town’s ultimate success rises and falls on the dedication of its people. Dr. R.A. Martin was one of those people, and he helped deliver over 10,000 Pell City area babies into the world.

Lavelle Willingham, a tour guide who has lived in Pell City all her life, seamlessly wove the textbook history with her own local stories. While she spoke fondly of Dr. Martin, she also voiced her fearful memories of the dentist who tended to pull the wrong tooth.

Lavelle paused outside the glass windows of the old Rexall Drugs, formerly the Pell City Drug Company. Smiling, she recalled the hey-day of the hopping soda fountain where kids could stop in for a strawberry milkshake and, mid-sip, also buy their school textbooks. Peering through the glass, you can still see the famed “round table” where the group of men known as “The Problem Solvers” or “The Hotline to City Hall” gathered each morning to solve the difficulties facing Pell City, and, if they had time, maybe tackle the problems of the world.

The plaques embedded into the Cogswell Avenue sidewalk tell the story of what once was. A 5 & 10 Cent Store once stood here, and Alabama Power had an office next door. Standing in front of the old freight depot, I try to envision the horror of that November morning in 1902 when, after a fire broke out, 50 cases of dynamite exploded. Despite the damages, Pell City renewed, revived, and continued to thrive like times before, making the most of what they had.

While most of us don’t think of picking up a loaf of bread and a living room chair on the same trip, you could do just that at The Willingham Building, the former home of Hagan drugs and now Judy’s. Formerly a one-stop shop for furniture and groceries, the family eventually converted the unused space in the back of the building into a funeral home that’s still in operation today.

The original Pell City Hardware Company changed hands in the 1980s to the Gossett family. While it might not be where you go to buy your hunting and plumbing supplies these days, it’s now home to the Old Gray Barn Antique Store and the Daily Bagel. There aren’t many places where you can pop in for an antique or two, stay for lunch, and express ship a package in the back, but they make it possible here.

On we strolled until the tour ended at Ami’s of Pell City, a full-service wedding business and event venue. Gail Benefield was our gracious host, guiding the group through the elegant on-site wedding space while also revealing the building’s historical treasures, like the old vault, which still contains a treasure trove of antique keys and deposit boxes.

As I walked back to the Daily Bagel to sample a sandwich called the “Sticky Turkey,” I couldn’t help but notice that the town looked different somehow. There’s a lot to be gained by spending a day in the historic heart of Pell City, and I began to understand why Cogswell missed his train. 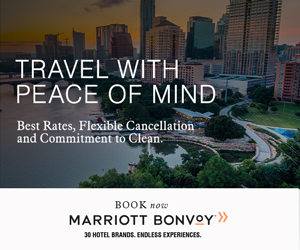